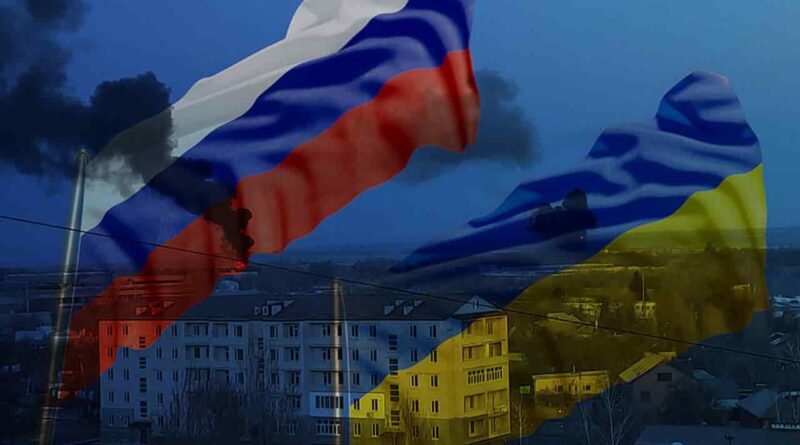 Technology
November 5, 2022November 10, 2022 admin 0 Comments american companies doing business in russia, boycott companies doing business in russia, Does Microsoft still operate in Russia?, full list of companies not leaving russia, google metaverse, Has Apple pulled out of Russia?, Is Google supporting Ukraine?, technology in the ukraine war, What did Microsoft do to help Ukraine?, what role does technology play in the war between ukraine and russia, which companies are still trading in russia, why are businesses pulling out of russia

The Yermak-McFaul International Expert Team, co-founded by Andri Yermak, head of Ukraine’s presidential office, and Michael McFaul, former US ambassador to Ukraine, has released a report.

The study argued that technologies such as smartphones, mobile operating systems, and cloud services are being used by the Russian government for “communication and real-time reconnaissance on the battlefield”.

“Russia uses foreign information technology services to manage and control its military, fire its weapons, conduct surveillance missions, monitor the information space, attack civilian and cyberinfrastructure in Ukraine, and protect its own infrastructure.”

The team of technologists, lawyers, economists, and diplomats demanded that Western tech giants prevent their services from being used by the Russian military against Ukraine in the war.

The report recalled Western sanctions against Russia and demanded that the Kremlin’s access to these technologies be stopped.

On the other hand, the report also noted that Google and Microsoft in particular act as “stabilizing elements” and ensure Ukraine’s self-protection against cyber-attacks.

“The findings are troubling. I call on all Western states to immediately tighten their sanctions against Russia,” Yermak said in a statement on the report.

“We trust these companies will work with enforcement governments to find quick, effective, and inclusive solutions to prevent further damage,” McFaul said.

On the other hand, Google, Meta, Microsoft, and Apple have not responded to a request for comment from the Telegraph, one of the leading newspapers in England.

What sanctions decisions did the tech world make on the Russian-Ukrainian front?

When Ukraine was the most important item on the agenda of the entire world last week, tech giants began to take step by step toward the invasion operation launched by Russia in that country.

As DDoS, malware, and similar attacks continue on the cyberwar frontline, tech giants, particularly social media platforms, have gradually announced their actions on the Russia-Ukraine line.

As Russia’s invasion of Ukraine enters its 6th day, we’ve been rounding up developments since last week on Facebook, Twitter, Google, and SpaceX.

YouTube, the world’s largest online video-sharing platform, has decided to ban European-broadcast channels affiliated with Russia-based media organizations RT and Sputnik due to the Russian occupation of Ukraine.

Google‘s statement under the Alphabet umbrella said: “Due to the situation in Ukraine, the Youtube accounts of RT and Sputnik have been blocked across Europe.” It is noted that the implementation of the said decision has started.

YouTube’s move comes on the heels of a statement yesterday by Facebook owner Meta that it will restrict RT and Sputnik to their respective platforms in the European Union (EU).

“We have received requests from some governments and the EU to take further action regarding Russia’s state-controlled media,” said Nick Clegg, Meta’s head of global affairs. Given the extraordinary nature of the current situation, we are currently restricting access to RT and Sputnik across the EU. We will continue to work closely with governments on this issue,” he said.

“Russian authorities have ordered us to stop independently reviewing and flagging content posted on Facebook by four Russian state media outlets. We declined. As a result, they announced that they will limit the use of our services… Ordinary Russians use meta apps to express themselves and get organized. We want them to keep making themselves heard, sharing what’s happening, and organizing on Facebook, Instagram, WhatsApp, and Messenger.”

Another social networking platform, Twitter, announced that it would reduce the visibility of tweets containing content from Russian state media by flagging them. In Twitter’s statement, it was announced that news sites such as Sputnik and RT have decided to reduce their visibility when tweets shared from their Twitter accounts are shared by another user.

The social network also expanded the scope of the “Russian state-affiliated media” label, which has been used for some time on corporate Twitter accounts of Russian media outlets such as Sputnik and RT following the start of the military operation in Ukraine.

Twitter now uses the label “Russian State Affiliated Media” for the accounts of those working in these Russian media organizations. In fact, the observation that this marking was made in the accounts of some people who had worked at these facilities in the past prompted a reaction. Sputnik made a “witch hunt” analogy regarding this application.

Fedorov shared: “While you are trying to colonize Mars, Russia is trying to invade Ukraine! While your missiles successfully descend from space to earth, Russian missiles land on Ukrainian civilians! You are asked to make your Starlink stations available to Ukraine and raise the minds of Russians on their feet, we are doing that.”

In reply to Fedorov’s post, Musk replied: “The Starlink service is currently active in Ukraine. More terminals are on the way.”