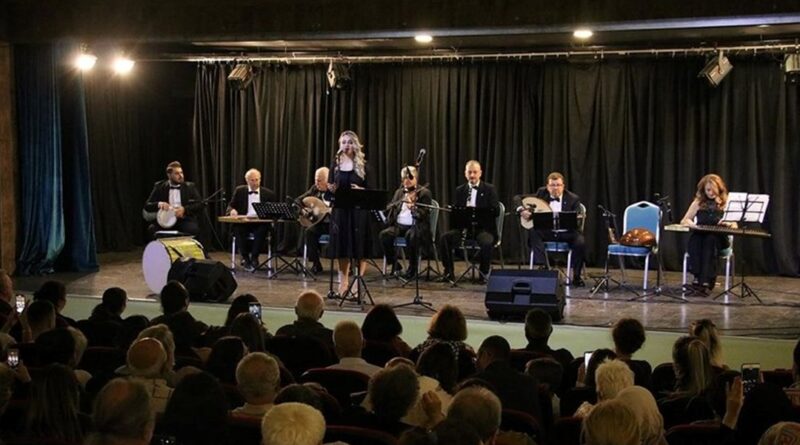 Tekirdaglocated in “Fasl-ı healing” Doctors and engineers in the music group relieve their work stress with concerts.

After a while, engineers joined the music group consisting of doctors. The group, consisting of percussion instruments, lute, violin, clarinet and qanun, met a few days a week and increased harmony in the choir.

Choir members, who perform works of Turkish music, schedule concerts according to a certain calendar and perform more often for music lovers.

“I BELIEVE WE HEAL WITH MUSIC AT OUR CONCERTS”

Kürkçü stated that the band got its name from the fact that music is also a healing tool.

Kürkçü stated that using music as an aid in the treatment of patients in hospital, an example of which was seen in Edirne during the Ottoman period, was an inspiration to them, Kürkçü said: “We wanted to be a fasil group that heals in Tekirdağ I believe that in our concerts we offer healing with music. We will continue our work from now on. “The interest in our concerts is increasing. We are happy about that,” he said.

Kürkçü states that there are doctors and other professional group employees who want to belong to the group.

Orthopedics and Traumatology Specialist Op. Dr Gökhan Onur stated that he plays the clarinet in the choir.

Onur said the fasil group they formed to relieve the stress of their busy schedule as doctors turned out beautiful, saying they relieved their stress with their concert and entertained those who came to listen to them.

One of the choir members and soloists, medical pathology specialist Dr. Neslihan Command, said they had a warm and genuine connection to the hospital and the choir.

To indicate that his patients and citizens asked for works during the concert, the command said:

“Our works are performed in sincerity and discipline. We meet regularly and have a good time in accordance with the repertoire we have determined. I would like to thank our conductor Nevzat Avcı, from whose experience and knowledge we have benefited. far with his musical and personal accompaniment. We have come to this point as doctors. We hope to get together with the public. Both our citizens and our patients are generally happy with the concert we give. Doctors are standing over it widely known for their discipline That’s why our citizens and patients say they have a nice and good time in an environment outside the hospital, they say they like it and even ask for the concert to go on and they say they want it diversify This makes us happy.”

The soloist of the group, Otorhinolaryngology Specialist Opr. Dr Sara Aytaçlar Yazıcı said she gave the name to the group herself.