Jabrin al-Bekri, the governor of the city of al-Khalil in the occupied West Bank, provided information about Benat’s death after his detention.

Bekri noted that Benat was taken into custody by Palestinian security forces with the prosecutor’s decision this morning, stating that his health deteriorated during the detention and that he was taken to Al-Khalil State Hospital and died in the hospital.

– Allegations of murder in Benat’s family

Ammar Benat told Anadolu Agency on behalf of the family that Nizar Benat was murdered.

Ammar noted that Benat was taken into custody by Palestinian security forces at 3:30 a.m. and said: “The security forces blew up the door of Benat’s house and entered. They beat him with wooden sticks and iron batons.” said.

Ammar continued: “Security forces also sprayed Benat with pepper spray. They rudely stripped him of his clothes and he was beaten away, covered in blood.”

Ammar stated that the family was unable to receive any information about Benat from the official authorities and said they had learned the news of his death through the media.

Nizar Benat, an activist and independent dissident from the city of Dura in Hebron province, was known for his harsh criticism of the Palestinian Authority. He had been arrested several times by the Palestinian security forces.

Benat has also prepared an independent list entitled “Freedom and Dignity” to participate in the Palestinian parliamentary elections scheduled for May 22, but canceled by a presidential decree.

Benat, who called on the European Union to end its support for the Palestinian Authority after the decision to cancel the Palestinian elections, said in a post on his social media account on May 2 that an armed group, accompanied by Palestinian security forces, opened fire on his house.

Human rights organizations and groups in Palestine condemned the death of Nizar Benat immediately after his detention and demanded an investigation.

A written statement from the Palestinian Human Rights Commission stated that the death of Palestinian activist Nizar Benat was taken very seriously, the investigation into the incident had begun, a forensic doctor appointed by the Commission would attend the autopsy of the body and the outcome would be reported. be announced immediately when the investigation was completed.

A written statement from Hamas said that the Palestinian security service was held responsible for the death of Nizar Benat and that the Hamas movement strongly condemned the incident.

“This is a premeditated organized crime that reflects the attitude of the Palestinian Authority and the Palestinian Security Service towards our people and opposition activists,” the statement said. statements were included.

In a written statement from the Islamic Jihad movement, “What happened to Benat reveals the Palestinian government’s policy of suppressing all opponents and the extent of the violation of freedoms.” statements were included.

In a written statement from the Popular Front for the Liberation of Palestine, the Palestinian government was held responsible for Benat’s death, saying: “We emphasize the importance of the role of human rights organizations and institutions in other similar issues affecting the rights and freedoms of our people in all their dimensions and consequences.” expressions were used.

The statement of the Palestinian National Initiative stated that the initiative opposes political detention, violence and torture, and condemns Benat’s death, and called for the establishment of an independent commission of inquiry to conduct a comprehensive investigation.

Hannan Ashrawi, a former member of the Palestine Liberation Organization (PLO) Executive Committee, assessed Benat’s detention and his fatal beating as a serious crime and a critical development, in a statement on his Twitter account.

Ashrawi noted that the situation in Palestine continues to deteriorate uncontrollably and stated that this also led to an escalation in the region.

Ashrawi stressed that those responsible for Benat’s death must be held accountable.

The Palestinian delegation of the European Union (EU) expressed its “sadness” over Benat’s death.

In a statement on its Twitter account, the delegation expressed surprise at the death of activist and former candidate Benat after his arrest by the security forces.

Robin Wettlaufer, the Palestinian representative for Canada, said he was very surprised and deeply saddened by the death of activist Benat.

Wettlaufer noted that his country placed a strong emphasis on the need for a safe space for freedom of expression and the protection of political figures and members of civil society.

The government has set up a commission of inquiry into the incident.

The Palestinian government, on the other hand, announced the establishment of an official commission of inquiry into the death of Nizar Benat.

In his written statement, Prime Minister Mohammed Istiyya said a commission had been formed to investigate the death of civilian Benat while he was detained by security forces in Hebron.

Noting that a doctor will be invited by the family to participate in the autopsy, İştiyye said the commission will immediately begin investigating and determine the cause of death, and will act on the autopsy findings; He added that statements from his family, eyewitnesses and authorities will be taken.

– Intervention in the protest demonstration in Ramallah

According to the information from the eyewitnesses, the Palestinian security forces intervened and dispersed the demonstration organized by the activists in Ramallah to condemn the death of the dissident Nizar Benat.

Security forces intervened with tear gas to disperse the protesters marching from Al-Menara Square in the central part of Ramallah city to the Palestinian presidency, beating dozens of activists.

Some suffered bruises and crushes in the incident, while others were struck by the gas.

During the protest in Bin Rushd Square in the city of Hebron, the protesters carried photos of Benat. 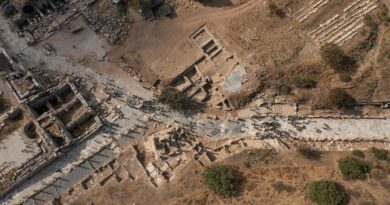