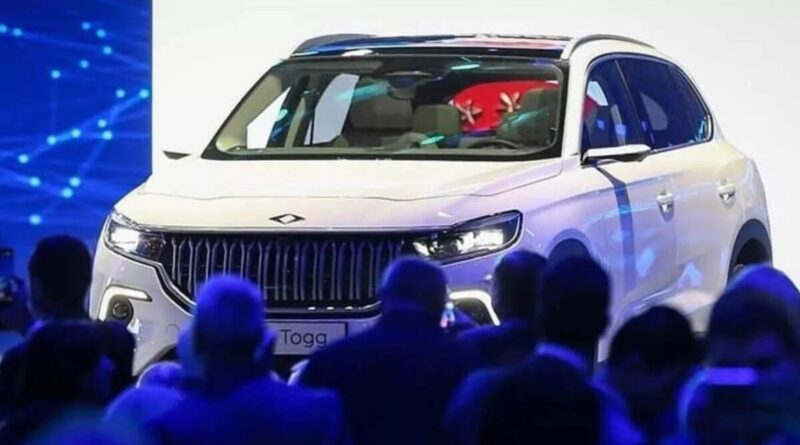 The photo of TOBB President Rifat Hisarcıklıoğlu handing over the key of the first Togg to President Tayyip Erdoğan during the ceremony created a historic memory. The Anatolian color Togg, which President Erdogan used to take off the tape, is expected to be on display at the presidential complex in the coming period.

According to the news in Yeni Şafak, Togg, which has many features from multi-point camera systems to autonomous driving, will be updated from the factory with an internet connection. Following the driver in view of the front console automatically activates security measures.

HERE IS THAT KEY

– An SOS emergency call system on the ceiling for use in the event of calamities and accidents is part of the details. Once this button is pressed, the vehicle’s electronic systems will relay the vehicle’s location and accident information to the necessary units, and the teams will be dispatched as soon as possible.

– Since the vehicle has no transmission, there is no shaft tunnel. Although the vehicle is a C-segment SUV, with its dimensions and chassis system built according to its electrical infrastructure, it offers a large volume in the interior compared to its petrol, diesel and even electric rivals.

THE HOUSE CAN BE MANAGED FROM THE VEHICLE

– Togg will be a smart and centrally managed system that can connect to digital systems. This manager, which is described as the main processor, allows areas such as home and workplace to be managed using the commands in the tool.
– The vehicle can automatically receive updates from the factory with an internet connection, and in the event of a malfunction, the vehicle can be intervened remotely. The innovations applied to the vehicles will come to Togg with immediate updates.

– There are cameras all over the vehicle. These cameras will be used for 360-degree visibility and autonomous driving. These cameras are located in front of and behind the mirrors.

– The structure of the holographic assistant, which transforms the windshield into a completely transparent computer, can move with voice commands and place the digital world in the vehicle.

– With an internet connection, the holographic assistant, which has instant access to many functions such as traffic, video, newspaper, bill payment, personal pages, will not only relieve the addiction to the screens on the front console, but also allow the driver to see around so that no blind spot of the vehicle. 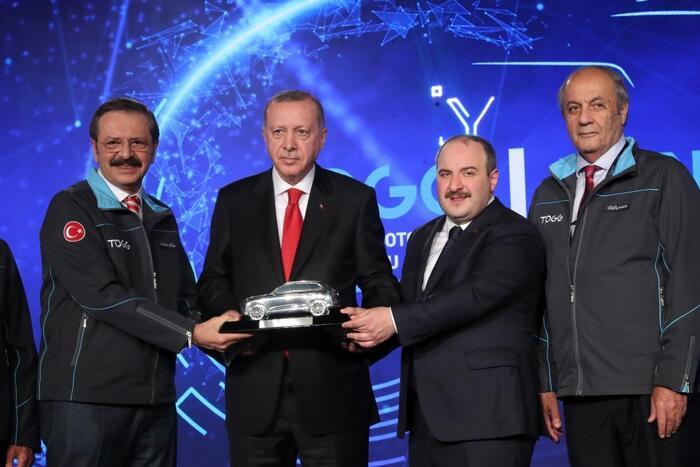 – Since the vehicle’s motors are electric, it gives all the power to the wheels from scratch without the need to increase the speed. The 400 hp vehicle, which will be sold with top equipment, will reach 0-100 km/h in less than 5 seconds. In addition, the vehicle with 200 hp sub-equipment will be able to go from 0-100 in 7.6 seconds.

– If Togg is charged with a 180-kilowatt Trugo, the vehicle’s charge is predicted to go from 20 to 80 percent in 25 minutes. At an AC charging point, this takes a maximum of 4 hours.

– The terminal speed of the vehicle is limited to 195 km due to both safety measures and no more energy consumption.

– There are a total of 4 screens in the vehicle. The first of these screens is the driver’s screen. This information screen includes battery status, vehicle status, speed, energy consumption table, board reading system, adaptive cruise control functions and indicators. The driver’s screen is controlled by the single non-touch screen and buttons on the steering wheel.

– The screen in the middle is the information and entertainment screen that the driver and passenger can use together. Vehicle settings, media, navigation and various functions can be accessed via this screen. These functions are also used on the passenger side screen. In addition, these screens are controlled by the remote control located in the center of the passenger and driver.

– While functions such as radio media can be used from the screen below the 3 screens side by side, the main function of this screen is to host the climate control. Data such as seat heating, cooling and driving information is managed according to the options and equipment of the vehicle from the screen that manages the air conditioning systems in the car.

– The driver is followed with a view to the front console and the necessary safety measures are taken automatically. With the autonomous support of the system at the third level, which will significantly reduce the risk of accidents, safer journeys become possible.