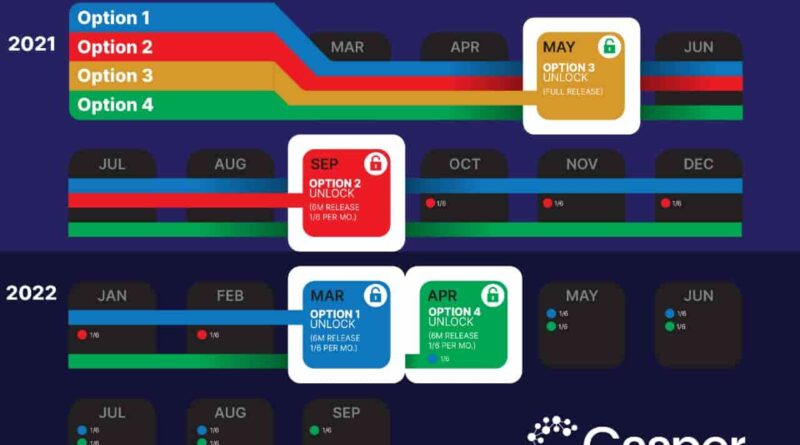 What is Caspercoin? Casper coin reviewThe Casper Network (CSPR) is the first live blockchain based on the CBC Casper model, developed by Ethereum developers to provide security, scalability and flexibility to blockchain-based consensus protocols. CBC Casper is a Proof of Stake (PoS) model that Ethereum plans to adopt in the coming phases. Casper Network aims to help companies develop blockchain-enabled products and services quickly and efficiently by leveraging Highway PoS protocol based on this CBC Casper model.

Casper Network provides users with extensible smart contracts, developer-friendly features, and lower transaction costs than most Tier 1 blockchain services. Therefore, Casper Network is on a mission to bring blockchain to the mainstream and create a more open and transparent developer-backed network.

What is Caspercoin? Casper coin reviews Casper Network’s native cryptocurrency CSPR token. As a proof-of-stake blockchain, Casper Network uses validators that participate in a PoS consensus mechanism to secure and protect the network. The network rewards validators with CSPR tokens. Network fees for on-chain transactions are also paid in CSPR tokens. The total supply of CSPR tokens is 10,644,340,384 units. There are currently 3,147,648,476 CSPRs in circulation. Casper Network (CSPR) was developed in 2018 within CasperLabs, founded by Medha Parlikar and Mrinal Manohar.

What is Caspercoin? Casper coin reviewMrinal Manohar, a graduate of Carnegie Mellon University, interned at Oracle and Microsoft before joining the project-based FBI. Manohar later held executive positions at Bain & Company, Bain Capital and Sagard Holdings before joining Splendid Spoon in 2016 as an investor. Manohar has been investing in cryptocurrency projects since 2010 and is currently the CEO of CasperLabs. Medha Parlikar, CTO and co-founder of CasperLabs, has a Bachelor of Biology from Western University and has worked for many companies including Compass Learning, Cactus, DivX, Omniture/Adobe Systems and Avalara.

What makes the Casper Network project so special?

Casper Network is a Tier 1 Proof of Stake blockchain that makes it as easy as possible for companies to develop blockchain-enabled products and services. The main feature of this project is that it works without sacrificing security, scalability and speed thanks to the Highway protocol. Therefore, Casper Network strives to accelerate the adoption of blockchain in businesses around the world and solve the problems facing blockchain solutions for businesses.

Ease of use for developers

A complete access control mechanism between contracts, distributions and accounts means transferring company-wide permissions to the blockchain. In other words, employee interactions on the blockchain are allowed for office workers. The network optimizes performance by dividing the workload into small, fast groups of validator nodes, called shards, and assigning them tasks. This will also reduce utility gas costs as the Casper grid is less dense than many other Tier 1 projects. It was created by Ethereum developers to provide security, scalability, and flexibility to consensus protocols (such as Proof-of-Stake).

CSPR or Casper Coin is a cryptocurrency that allows businesses to build custom blockchain applications. The developer community is actively working to create open source blockchains for their projects. This means that the CSPR token will be a decentralized currency. This also means that the Casper token can grow and evolve with the company. This is a good way to back up public chain data. It could become a valuable asset in the future.

What is Caspercoin? Casper coin review One of the main features of Casper Coin is the decentralized nature of the system. Casper Network runs on a decentralized network while other cryptocurrencies are decentralized. This provides a more secure environment for users. This is because the Casper token is a Proof of Stake (CSPR) token managed by the CSPR network. The CSPR token is a medium of exchange between members of the Casper community and validators.

Casper Coin uses a proof-of-stake consensus method. The network is decentralized, so it is secure and flexible in terms of use cases. In addition, the Casper network is a fully decentralized project which makes it more secure. Its unique features include a variety of smart contracts and the ability to leverage a highly customizable platform. Blockchain technology can be used for a variety of purposes, including payments. 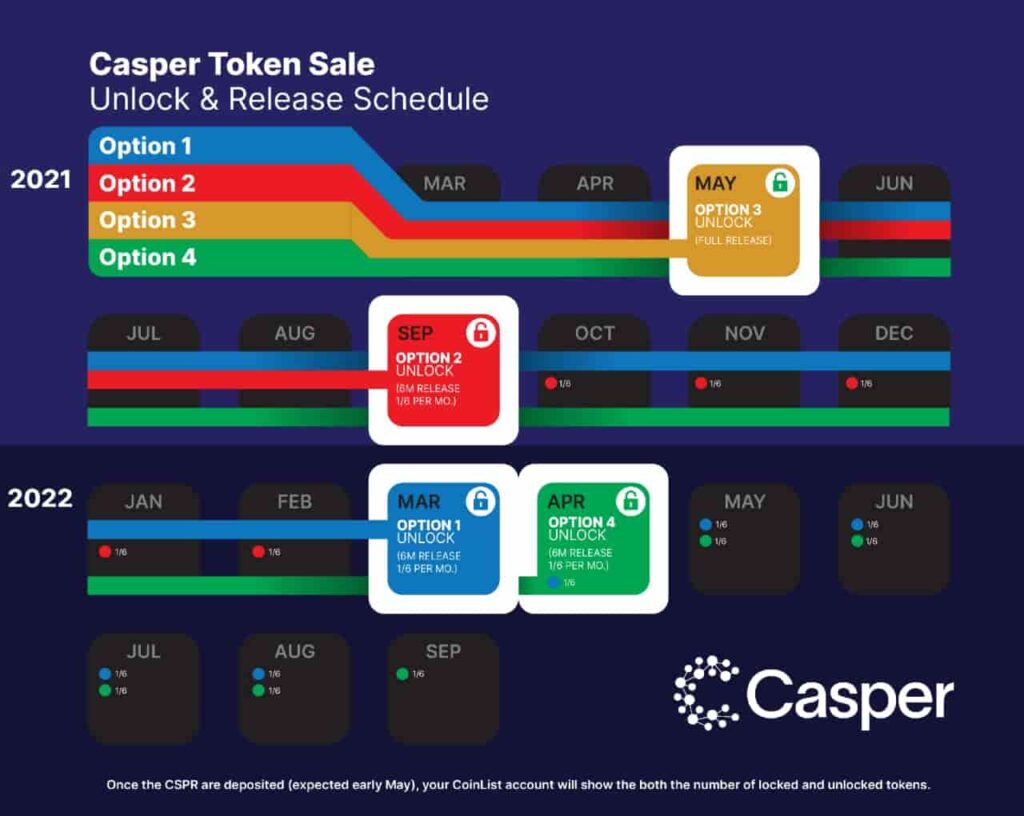 Casper Network relies on the PoS consensus mechanism for network security. PoS relies on tokenization to select node validators, making consensus extremely versatile and scalable. Unlike the Proof of Work (PoW) consensus used in the Bitcoin blockchain, PoS does not require large amounts of power or processing power to authenticate and add new blocks to the chain. Casper also uses the Casper Correction by Structure (CBC) specification. It requires a comprehensive approach to Byzantine fault tolerance (BFT) implementation. Casper’s enterprise-ready architecture has completed multiple security assessments, most recently at Trail of Bits in January 2021, returning a severity rating of zero and demonstrating proper use of security hygiene.”

Last Minute Cryptocurrency News and Current Bitcoin News If you want to be the first to know about news about Our website you can follow.

cryptocurrency If you want to know the prices directly, from here you can easily reach.